After a long period of darkness and apostasy, the podcast has returned. Enjoy! 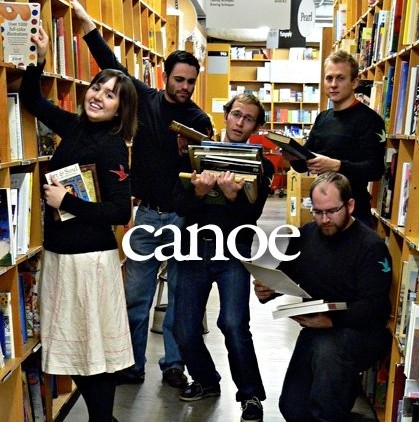 Portland, Oregon is a great place for musicians. There is a creative culture here that seems to sprout bands like the ubiquitous blackberry vines that crop up in every yard in town. And we’re just far enough left of Utah to attract a lot of really talented LDS musicians.

At the very top of that heap is the amazing acoustic, folk-rock band, Canoe. Recently Matt Hoiland, the creative force behind Canoe, and lead guitarist Cameron Steineckert, were kind enough to answer a few questions about the band, their music, their faith and aliens. END_OF_DOCUMENT_TOKEN_TO_BE_REPLACED

Silver City, NM – Canoe
Fox in the Hole – Good Morning Passenger
Fill – Pilot
The Workshop featuring Thomas Hatton
Down For You – Young Sim
Once in a Lifetime – Carolyn Southworth

Special thanks to Thomas Hatton for appearing on this podcast

Portland band Canoe gives us a quick overview of their studios and recording process. Fun!

Canoe is currently making their new album, The Ship, available streaming on their website HERE.

Canoe in the studio 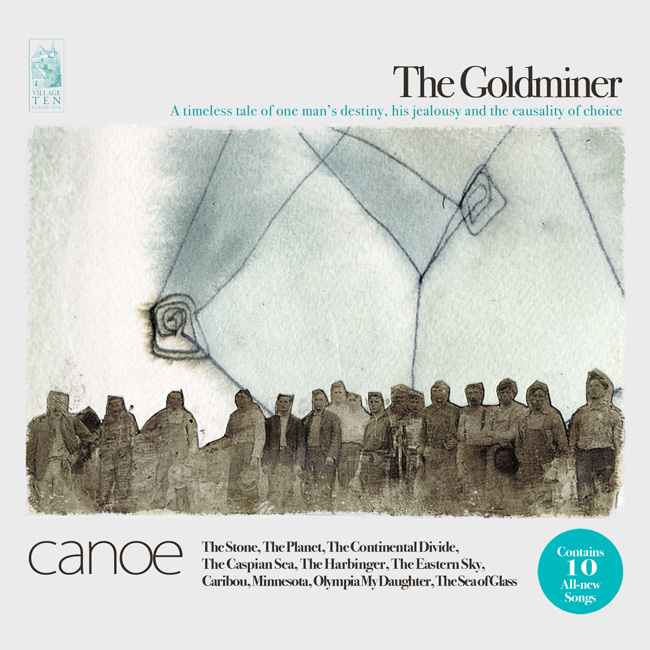 Recommended if you like: Sufjan Stevens, Nick Drake
Recommended tracks: “The Stone”, “The Planet”, “The Sea of Glass”

It has been a while since I received The Goldminer from Canoe’s Carl Hoiland, but it takes me a while to fully digest albums like this. However, Canoe has just released their newest album, The Ship, on iTunes, and I felt like it was time. Though perhaps it borders too much on the philosophical, this album is a dreamy, crystalline journey that definitely gives back what you put into it.  It’s a beautiful, mystical album that deserves far more attention than it has gotten, particularly now that their next album threatens to overtake it in popularity. END_OF_DOCUMENT_TOKEN_TO_BE_REPLACED

Hey everyone.  I think we have the podcast fixed now.  If you’re still having trouble, let me know and we’ll take care of it.

Portland is blossoming like a rose with LDS talent.  It takes a special place to be able to support great LDS artists like Lindsey Pool, Canoe, KaRyn Daley, and the very retro and impeccably stylish Fossil Fools, and one need look no further than the 5th Friday Open Mic to see that Portland isn’t your ordinary LDS community.  Mark Simnitt is responsible for both Fossil Fools and the 5th Friday Open Mic, but don’t worry- just because he’s smarter and more talented than everyone doesn’t mean he’s not humble, because he is.  He said so himself.