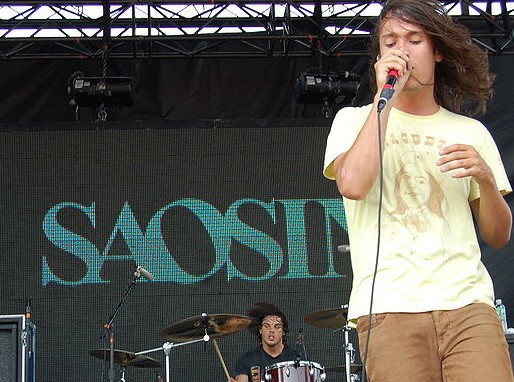 In 2004, a 19-year-old Mormon singer from Vista, California, sent in an acoustic demo tape to a band that was, in his mind, already legendary. Saosin had only released one EP, Translating the Name, but it became so popular through touring and careful use of online social networking that the EP sold tens of thousands of copies. Not long into 2004, however, vocalist Anthony Green, who was feeling homesick and dissatisfied with the direction of the band, left to form Circa Survive, and a nation-wide audition then took place to find a new singer.

When Beau Burchell, guitarist of Saosin, first heard Cove Reber’s audition tape, he thought Anthony was playing a trick on them, because Cove’s vocals sounded so much like Anthony’s. It was no joke. Cove, though young, already had experience playing in local bands Mormon in the Middle and Stamp Out Detroit, and his vocal similarity to the Saosin’s founding singer got him hired. For Cove, it was a dream come true to be hired by a band he looked up to so much. Fan reaction was mixed. END_OF_DOCUMENT_TOKEN_TO_BE_REPLACED

It’s not easy being Cove Reber.