Finnish R&B singer Jonna hit it big in 2002 on the Finnish reality show Popstars, and within a year had released a debut album that got up to #7 on the Finnish charts. She joined the LDS church less than a year later, instantly making her the most visible Mormon in a country where only 2.4 percent of the population belongs to a church other than Lutheranism.

She recently spent over a year in L.A. gathering inspiration and writing an upcoming English-language album, due out later this year (watch the music video for the debut single, Puppets, which she recently performed in Finnish finals for the Eurovision Song Contest).

I had a chance to Skype it up with Jonna, and we chatted about her unique vocal style, what it’s like to be a pop star and a Young Women’s president, and why Eurovision is so bad at promoting good music (my words, not hers). END_OF_DOCUMENT_TOKEN_TO_BE_REPLACED

Long-time fans of Linescratchers will recognize our resident New Age/World/Ambient composer Australis right away.  We’ve featured Australis on our podcast and in an interview, and we’re pleased to announce that Australis has just released a much-anticipated third album:  Sentient Genus.  Click to check it out on iTunes or CDBaby.

Here’s a cool official music video from our recently-interviewed Australian band Mayan Fox. This is Lioness (I Still Want Her), from their album Outfoxed.

You can check the song out on iTunes HERE.

Our first featured band from Down Under, Mayan Fox is an exotic and eclectic pop group with an impressive blend of sounds. Having already made a splash in our podcast, Mayan Fox is an optimistic and catchy band with a very world-conscious lineup. Nate and Maria Hamon, husband and wife, not only write, sing, and perform music but also speak out about issues that are often overlooked in America, especially that of forced labor and slavery all around the world. I got in touch with Nate and Maria and asked them about their influences, the causes that motivate them, their music, and their faith, and they graciously agreed to have their interview published here. For everyone who enjoys music that is as fun as it is deep, read on. END_OF_DOCUMENT_TOKEN_TO_BE_REPLACED 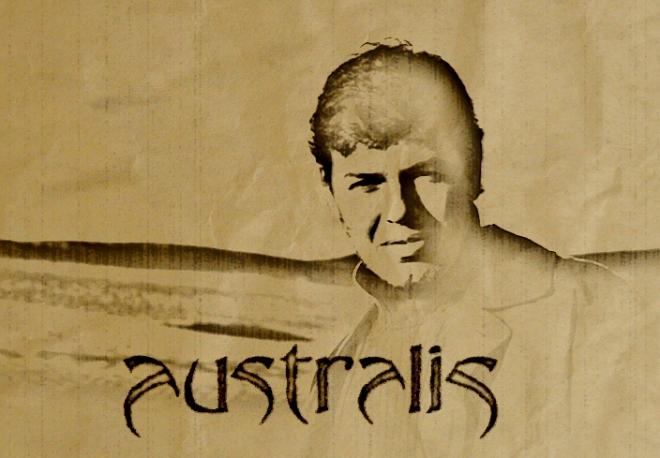 In keeping with last week’s trend of featuring genres too often overlooked, this week we bring out the softer side of Linescratchers. Oscar Aguayo was born in Peru, but currently resides in Layton, Utah, and his complex sonic textures and ethnic melodies and percussion make his music difficult to categorize simply. However, one thing is for sure, his music transports the listener elsewhere. Oscar is unique in his synthesis of many styles, and brings quite a bit of life experience to the table. For everyone interested in modern New Age, World, and Ambient styles, Australis is the place to look.