What’s going on here? Click the song title to hear the song. This is part 4 in a 4 part series of posts about non-LDS musicians who refer to the LDS church in song. Click here for part 1, here for part 2,  and here for part 3. 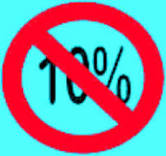 Mormonosity: 10/10 “They want you to repent. They want your ten percent.” Yeah, I have to say that Fad Gadget pretty much nails it here. It’s about us and it’s nearly completely accurate. Minor quibbles: I’m not sure that the Latter-Day Saints are Salt Lake’s sick residents. If I had to guess, I’d say that the author meant that Latter-Day Saints are sick and they live in Salt Lake, and not that the sick portion of Salt Lake’s residents are Latter-Day Saints.  Whether I agree with the former sentiment depends on what you mean by sick and how you want to define “Salt Lake.” First, yes, Utah residents use a lot of anti-depressants, but there are lots of ways to think about that. Second: At most, Salt Lake City proper has 100,000 LDS, or less than 1% of the world population of LDS. Relatively few Latter-Day Saints actually live in Salt Lake City. Bonus props to Fad Gadget from the church PR department: The use of “Latter-Day Saints” over and over, with nary a mention of the “M” word (remember when that was a big deal for some reason?) Also also, this track is from an album called “Fireside Favorites.” Nice!

Quality: 9/10 Synth-pop is best when it sounds homemade. Strongly preferable to descendants like Trent Zzznor (Google tells me I’m the first person to call him that, so consider this a pending copyright notice.)

Highlight: “Bring some love bright whiteness into your life” really rolls off the tongue.

Things get weird when: Kennedy is brought up for mysterious reasons (probably just to create a  bad rhyme with “polygamy.”)

Likelihood of being played at a Mormon dance: 6/10. Darker and more minimal than Depeche Mode at their darkest and most minimal, but it’s got a beat! (Thanks dan!)

#17 All Things Good and Nice by Jets to Brazil

Mormonosity: 8/10 “I love my bassist, represent the western states. I think they sent an angel from the old Salt Lake.” I’ve argued with people about this, but to me it’s a clear Moroni reference. The bass player references is Jeremy Chatelain, who was raised in Salt Lake and grew up in the church. He started out in music playing in a mess of hardcore straight-edge bands that SLC later became well-known for, before going on to play in Handsome, Helmet, Jets to Brazil (of course) and his own song writing project, Cub Country. See more on a Cub Country track about growing up in Utah at #20.

Quality: 9/10 Awwwww such a sweet song. If I didn’t have the context of the rest of songwriter’s catalog, I might think it was a bit on the over-earnest/saccharine side. But who could hate a love letter from Blake Schwarzenbach to his Mom, Dad, brother, sister, a piano, his own band, other bands, a feeling and the listening audience?

Highlight: “To all the bands who mean what you say: It’s not what you sell it’s what you make.”

Things get weird when: There’s not much weird here except for the guy from Jawbreaker writing a sincere ballad of appreciation to the world. The closest thing Jawbreaker ever did was a pathetic love/hate song to alcohol.

Likelihood of being played at a Mormon dance: 7/10 With a one word edit, it would make a solid slow number.

Mormonosity: 3/10 Aside from the title, I’m not sure.  “We are young so we should see. What looks nice is such pageantry. They keep it bright and I can’t see. It feels like some bad A-Movie.” Is this a reference to the Hill Cumorah Pageant? Because if you get bad seats, I can imagine being pretty upset about a spotlight shining in your face for two hours.

Quality: 6/10. The singer reminds me of someone. Is it the guy from The Get-Up Kids? This is going to bug me. But the music is fine. Actually, this could probably be a mid-period Get-Up Kids track.

Things get weird when: The lyrics are very general, but then the singer starts talking about Heather. Heather who, singer? Is she involved with the Mormon Defense Squad?

Likelihood of being played at a Mormon dance: 5/10

#19 How to Lie to a Morman (sp) by Evergreen Movement

Mormonosity: 2/10 Another instrumental so it’s hard to judge and we’re left to speculate. Is the title a joke? Is this the sort of song that bands play and change the name of every show? Is this some kind of stab at Evergreen International? There’s no google record of this song existing other than an earlier linescratchers comment, so it’s hard to say. How do you lie to a Mormon anyway? By telling them that this song is called “How to lie to a Morman”? Actually, it’s not that hard to lie to a Morm[o]n. In my experience as a missionary, it just took two simple words: “Otro dia.”

Quality: 2/10. It’s a rock instrumental with some funky parts. I’m sorry I couldn’t find a link to it but you’re not missing much.

Things get weird when: I actually felt sort of lied to at the end.

Mormonosity: 4/10 Just because a song is about Utah doesn’t mean its about Mormons. (The Uintas are a mountain range in Utah.) That said, as mentioned above, the composer Jeremy Chatelain grew up LDS and this song is about his childhood. And there’s this part:

I think all that is good enough for a 4. (I also thought the song Smith-Level might have been about the church, but I found a video of him saying that it’s about North Carolina.)

Quality: 8/10. I like it. Pleasantly evocative of youth and the longing for youth that we all feel sometimes. Sure the music is Dad Rock but Dad Rock is okay sometimes.

Things get weird when: It’s weird to hear an ex-hardcore singer sing lyrics like “I needed a busy road and the ocean wind to love this high road again.”

Likelihood of being played at a Mormon dance: 4/10. Lyrically and musically it could almost work, but the tempo is just a bit too fast for a decent slow song.

In the name of completeness, bands that could have been mentioned but were not: Agoraphobic Nosebleed, Capitalist Casualties, Cryptosporidium. Of these, Cryptosporidium wins for best song title: Me kill Mormon for insults against caveman me.

Thanks everyone! It’s been fun. If you come across any songs that arouse your mormonosity suspicions, send them to isajoke911@yahoo.com